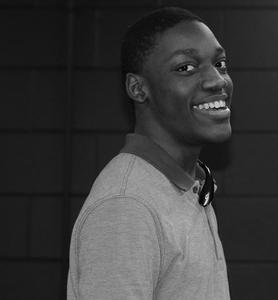 A 29 yr old freelanced model as well as a fashion event coordinator who is born and raised in Chicago IL. Along with her 10yr old son Jermari. She began modeling in 2008 with her 1st photographer who is also her uncle Patrick Simmons. She then realized that modeling was an outlet to express herself after a long childhood relationship which stripped away her self-confidence. She felt that she finally gained it back after the 1st shoot and haven’t stopped since then.

Alisha has done runway shows around 2011 working with Milon Venus lead role actor Ronnie in, ‘The lies we tell’ movie, and in 2013 with D’niro Wells, CEO at Certified Dime magazine where she also retained posters and calendars for her supporters.Then on throughout the years, she took on more runway shows, print work for Certified Dime magazine, and music videos with rapper Pohhla and Juiliani Kennedy. Alisha also took a lead role in Chicago’s upcoming hip hop artist J-Dub music video ‘Unconditional ‘ as his lady in 2015 then played a “music pusher” in his following video ‘Hustle Hard” early 2016. Alisha has joined D Productions as a model in 2015, soon after was asked to join as the coordinator for the fashion segment due to her knowledge and experience in fashion runway...

She then coordinated her 1st fashion segment with D Productions June 11. It was a success and again she received an opportunity to became the fashion event coordinator for D productions second event Oct 22nd at the 345 art gallery, which was also a success. Alisha has done well and was booked to coordinate 3 more fashion events for the beginning of 2017 working with new designers in Chicago, and yet another showcasing with D Productions June 2017. She will continue to keep herself busy with the fashion industry because “it does not work when you're doing what you love”.

Harry Bell grew up on the west side of Chicago. He currently resides in West Garfield. Harry bell is 17 years of age.

Harry goes to DRW college prep high school. He is well known in school for his work and his excellent charisma. Harry is also a peer role model. He is also on student council at his school. He works for Divine Purpose Youth Performing Arts Center he is a youth leader/producer for the ASM program. He helps around with both programs Divine Purpose and ASM. He is a great youth leader.

In Divine Purpose Performing Arts Center  Harry helps out with events/shows for the program he also is a great babysitter for the kids for the program. All the kids love him. Harry also helps out with other administrative stuff. Harry helps with ASM things like making video scenes and documentaries about the program. He is a youth leader in the program, he helps write grants and help keep the youth in check. He helps with the programs websites and pages, on both facebook and youtube. Harry Bell has worked here for almost a year he started on February 3, 2016.

"I am inspired by you. My hope is to mirror all that you give me"

This youth is also trying to start a new business at https://www.bellmarketing.org/